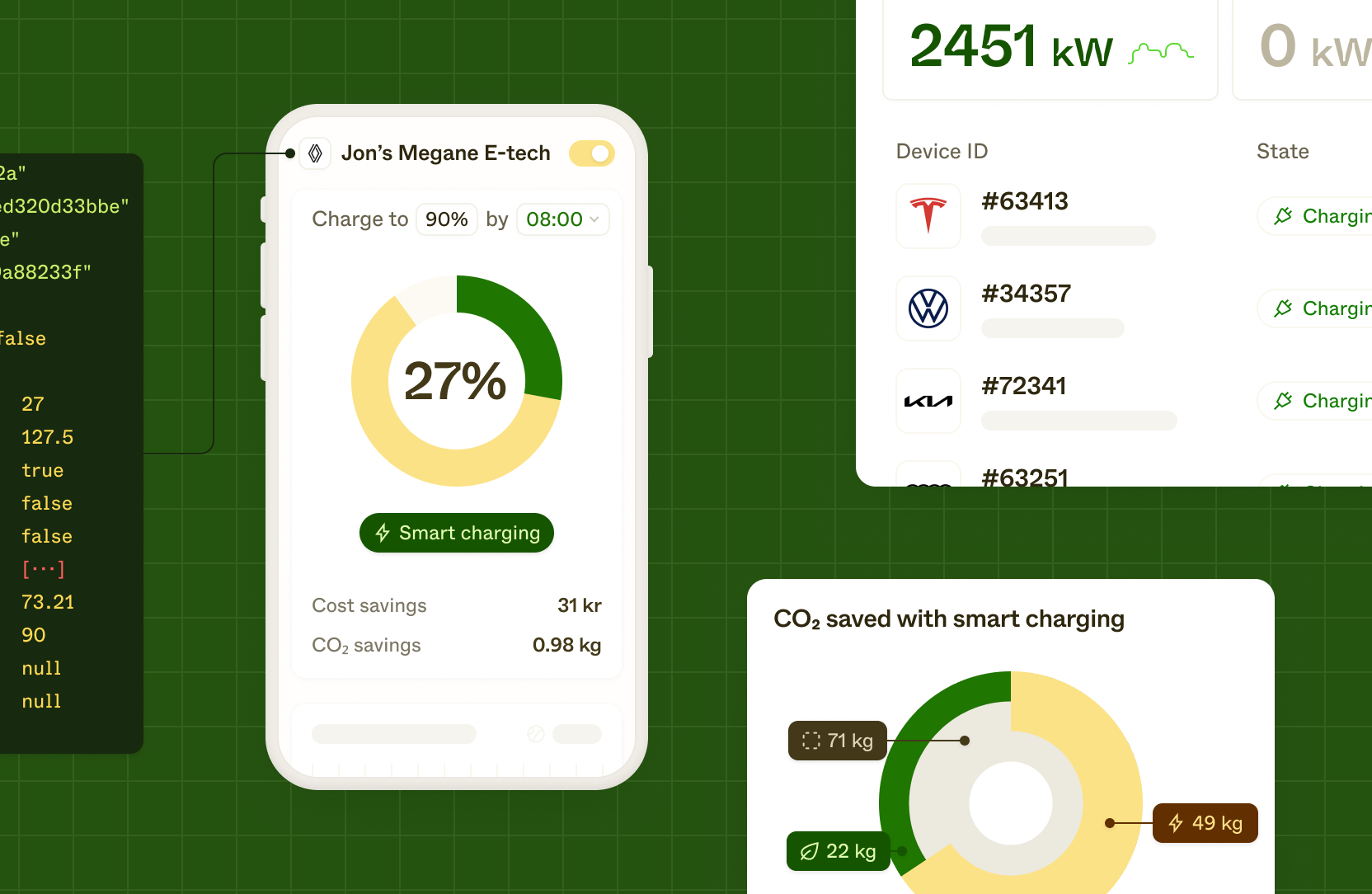 Electrification of transportation and decarbonization of electricity production will ultimately remove 43 % of today's CO2 emissions. We need to get there as fast as possible of course, but as Bill Gates emphasises in his recent book, it will be hard. Enode is working on overcoming these challenges and making the energy transition possible.

The transportation revolution is happening in front of our eyes. Electrification of transportation will ultimately eliminate 16 % of today's emissions if the electricity is produced from renewable sources. Transportation is today primarily based on internal combustion engines that run on fossil fuels. All that energy will soon need to come through copper wires instead of pipes and tank trucks. This is not only a gigantic infrastructure project, it also means that we must ramp up electricity production significantly.

Increasing the electricity generation is not enough in itself, we also need to retire fossil fuel powered energy plants and replace them with wind and solar production. This will ultimately remove 27 % of CO2 emissions (reaching 43 % in total). The main problem on the supply side is that two of the most important alternative sources of energy are not easily controlled by humans. Solar and wind based energy production is intermittent. Intermittency is a major issue since we need to consume electricity simultaneously as it is being produced.

One way to mitigate intermittency is to increase the production capacity by installing over-capacity. Rystad Energy estimates that if Germany were powered by renewable energy only, it would be necessary to install solar and wind capacity that produces at least 150% of the energy needed throughout a year. That's only to reach reasonable levels of energy deficits; i.e. there would still be lots of energy deficits where demand is higher than production. In many countries much larger over-capacity will be needed.

Fortunately there are also ways to mitigate these deficits. The first one is changing people's behavior so they consume electricity when it's abundant, i.e. when the sun is shining or the wind is blowing. This is known as “demand response” and can be achieved in a variety of ways. Electric vehicles are especially suited for demand response as they are idle and plugged in for the most part of the day. This means that consumption is highly flexible so they can easily respond to production. Also, EVs consume significant amounts of energy. It is estimated that for a household 30 % of their electricity consumption is EV charging (BCG).

Another important part of the solution is storage. By capturing the electricity when it is abundant it can be used at times of deficits. There are a number of technologies available for energy storage with lithium ion batteries being the dominating form. What is also increasingly clear is that the majority of the global battery supply will end up in EVs. With an increasing number of models supporting “vehicle to grid” private EVs are likely to be the dominant form of storage.

It is clear that EVs will play key roles both in demand response and storage solutions. In fact achieving a zero carbon without high EV adoption rates seems unlikely. But for the EVs to play their part, they need to be connected. Once they are connected these devices can be managed and included in user experiences that provide value for the consumer as well as the society as a whole.

Ready to get started?

Start exploring our APIs for free with our Starter plan, or get in touch to have us put together a custom plan for your company.

Lead the transition to open energy

Subscribe to our monthly newsletter for the latest insights and inspiration